Welcome if you are new to my blog. I have been getting few emails in regards to “how to escape the cycle of scarcity and move into abundance”. On this post I will share 5 strategic steps and tips to help you move past this problem. Let me begin by explaining the meaning of “Cycle of Scarcity” most commonly referred to as the “Rat race”

What is cycle of scarcity?

This simply refers to a situation, when you are constantly broke, you have a scarcity mindset, unable/unwilling to invest in personal development /growth, living paycheck to paycheck.

Why this is happening? – In my opinion, if you are an adult and find yourself revolving around this vicious cycle. Two key things can be deduced from your situation. You fall into one of these two categories

How to break the Cycle of Scarcity

Category # 1 - You are not making money at all

For people in this category you have to start from Step 1.  It is understandable if you are unwell physically or mentally. Besides that you should be able to address this problem. Generating income is an essential requirement.

There must be something that you can offer. Skills you could leverage for money. Have you considered freelancing or getting a stop gap job in the interim? Please read my article below to discover viable freelance platforms.

People in this category have some sort of income (cashflow)  but are still struggling. This is due to the money you are making is not enough, at par or below your expenses; resulting in a viscous “cycle of scarcity”.  It is essential to manage your lifestyle and expenses strategically. Here are some guidelines to help you structure your income and expenses.

Apply these financial lifestyle tips exactly as structured or tweak as required, to suit your specific needs. These six tips will help you address your cycle of scarcity problem. Acquiring knowledge through your self-development would empower you to create wealth in a sustainable way. Enabling your progression into abundance.

I know some people will not find this approach ideal, but it is reasonable and sustainable. Let’s face facts, whatever you have been doing thus far is not working. You need a new strategy. Repeating ineffective actions is a foolish act.

“The definition of insanity is doing the same thing over and over again and expecting a different result”  (Misattributed to Einstein in the comprehensive reference “The Ultimate Quotable Einstein” from Princeton University Press – Source : https://quoteinvestigator.com)

Change is necessary at this stage to help you make the desired transition. Let’s assume that you currently have $0. If you got an interim job or freelancing gig that pays $1000 per month. Applying the strategy above over 5 months you will have $500.  Let’s say you could sacrifice fun (10%). That will pump you up to an astonishing $1000 within the same time-frame.  You can then use this saved up funds to kick start your wealth creation venture whilst still maintaining your income. This strategy would make life so much easier for you.

Some people dive into creating a business with a scarcity mindset. This is  very challenging because the prime agenda of the individual is not value creation. The focus objective is to escape the vicious “cycle of scarcity”.

Creating a business as an escape vehicle is a feasible concept but most people approach this idea without quite realising the constraints they are facing. I am not saying that this is an impossible task. However, it is a very difficult challenge. You will have to continuously fight against your basic instincts. Having a scarcity mindset would continuously push you to seek instant gratification rather than focusing on long-term goals. Your resilience will be tested.  The continuously mindset push for short term self preservation is draining and could lead to bad decision making.

Tina Rosenberg’s article “Escaping the Cycle of Scarcity” published in Opinionator (nytimes.com, 2013) referenced Sendhil Mullainathan, a Harvard economist, and Eldar Shafir, a psychologist at Princeton. Tina’s article reads “According to these authors, one explanation for bad decisions is scarcity — not of money, but of what the authors call bandwidth: the portion of our mental capacity that we can employ to make decisions”.

This scarcity induced mindset is like a flame that inhibits your creativity and ability to focus on long-term goals. It drives you to instant gratification as you seek to escape the flames. This presents a difficult challenge for an entrepreneur running a business. Did you just ask, what is the root cause of this dilemma?

Lets review the situation and key constraint (Finance). Our natural basic instinct is self preservation. This instinct becomes overly activated due to the cycle of scarcity. The key culprit behind this mindset is scarcity ( lack of money $, £ etc). Inadequate capital means that you have limited or no resources to preserve yourself and drive your business.  It results to the following:

Your prime objective is to make money and not to create value for others due to your situational mindset. As an entrepreneur, you start chasing instant gratification rather than value creation. Most people fall into this trap.

2. Focusing on short term rather than long-term

Due to scarcity you will always think short- term rather than long-term.  Again, this is because of your circumstantial mindset. For you it is all about survival and self-preservation. This is your natural built in defense mechanism. This basic instinct is hard to override and will lead to wrong decision making.

3. Driven by scarcity not passion

The logic here is the same as in 1 & 2 discussed above. You are seeking an escape route through your venture rather than enjoying the process. You are constantly on edge with stress.

Anthony is a UK certified business strategist and consultant. An entrepreneurship mentor and ezine published writer.  He embraced entrepreneurship after experiencing an existential awakening. Anthony helps entrepreneurs, aspiring entrepreneurs and small business owners achieve success. You are invited to check out his services page and connect with him via the following social platforms:

Ways And How To Create Wealth Online: 5 Key Strategies 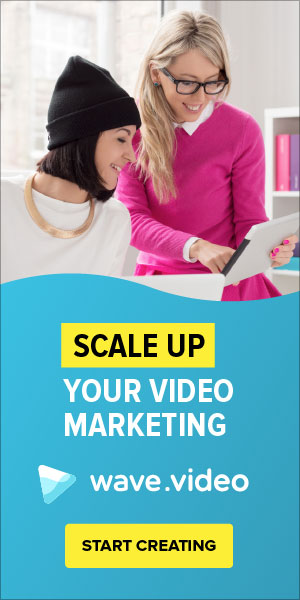